The Jackpot Empire slot machine by Bally has it all in this slot video!

Jackpot Empire is an underrated slot machine with a great number of features and an interesting art deco theme that makes it looks quite distinctive. It basically uses the Quick Hit Platinum formula as its base, and expands on it, offering stacked wilds during the standard game and a similar scatter feature where you can win a huge sum: you just need 5 scattered “Jackpot Empire” symbols, one per reel!

The Free Games Feature is triggered in the standard fashion by landing 3 bonus symbols on reels 2, 3 and 4 although the game also has a “Mystery Trigger” which will automatically force the bonus to occur, and you will be given a visual clue that this is going to occur, as you will see! The bonus itself departs from the standard 2x or 3x bonus features and offers Locking Wilds, Wild Sweep, Random Wild Reels, and Rising Times! This Jackpot Empire slot video shows them all, and how sweet they were, Enjoy! 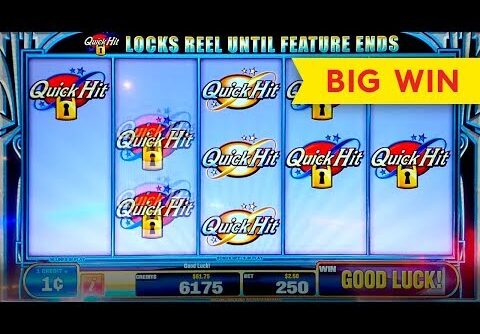