Royal Phoenix is part of the Majestic Riches family of slots by AGS and they are a great new set of games, good job AGS! You win in Royal Phoenix by landing winning paylines although the real fun is with one of the special features of the game:

The “Respin Feature” is triggered in the base game whenever 3 phoenix symbols land and the Royal Phoenix Feature is awarded. During the respin feature any golden phoenix appearing after the royal phoenix feature remains for the rest of the respin feature. Reels 2, 3,4 and 5 are respun and reel 1 spins continuously. This will continue until no additional phoenix symbols land after which reel 1 will stop and your win will be evaluated.

The “Free Spins Bonus” is triggered by landing 3 or more bonus symbols for 6 free spins. During the bonus, anytime a phoenix symbol lands the Royal Phoenix Feature is triggered and golden phoenix symbols lock for the remainder of the bonus. Bonus symbols may now land on reel 1 only and any that do award 1 additional free spin each. After each spin, all wins are evaluated and the bonus ends when zero spins remain.

The “Majestic Riches Jackpot Feature” is triggered by landing 3 or more of the special Jackpot Bonus symbols after which only Progressive symbols may land on all reels. Spins will continue until 4 are collected after which the respective Mini, Minor, Major, Mega or Grand Jackpot is awarded. 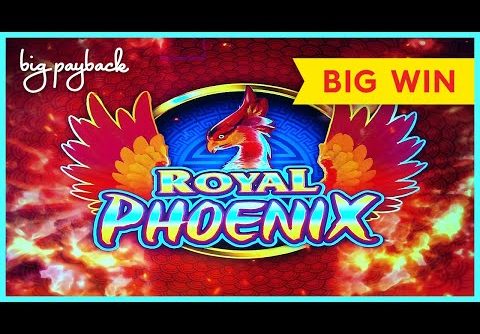