Ying Ying Cai Shen is an interesting one where you win by landing winning paylines. To help, coins maybe collected on reels 3, 4 and 5 and when you collect two, that reel transforms wild for the next two spins at the same bet level.

The Cai Shen Wheel Feature may be randomly initiated on any spin that has a reel transformed wild after which it plays like a Hold & Spin variant where 3 spins are awarded and any symbols that land, lock. If you lock a full column, it shift to the right and forms a wheel. Your goal is to Fill the Screen for the chance at the largest wheel values. The bonus ends after one wheel spin, which begins after you Fill the Screen or fail to land a symbol after 3 attempts. 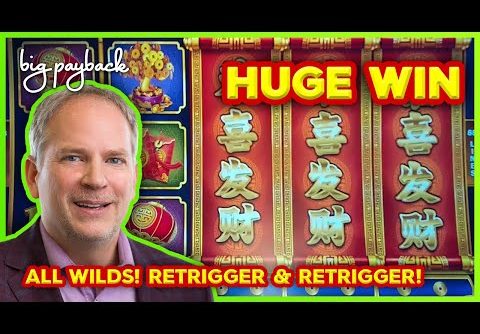