Dip had a really nice bonus on Razor Shark and had a lot of seaweeds during the free spins. A lot of teases and some spins without a connection but the moment the coins first appeared in the spins, he managed to get the extra spins and after that more seaweeds appeared. That was really nice and everyone was hyped up at that point just to see the coins appear again on a 6x multiplier. And that was the moment the big win happened, a nice 300x win from only 1 50x coin on a 6x multiplier. This slot is really insane and can pay out huge if you get the coins with a high number on a high multiplier during the bonus, but it can also drop those huge wins even in the base game. Subscribe for more big win videos and watch our live casino stream for more entertainment. 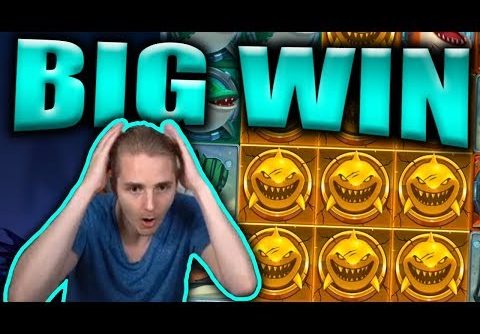