Burning Wolf is an interesting game played on a non-standard 3x3x3x6x6 reelset where you win by landing the same symbol on at least 3 reels from left to right. To help, wild symbols appear on reels 2 and 3 only. Konami’s “Action Stacked Symbols” feature is also active where certain positions on all reels in the base game and on reels 1, 4, and 5 during the bonus are randomly replaced with one of the non-bonus and non-wild symbols giving you a better shot at a 5-reel win with that symbol.

The bonus is triggered by landing 3, 4, or 5 bonus symbols for 7, 10, or 50 free games respectively. During the bonus, landing 1 or 2 bonus symbols awards an additional 2 or 5 free games respectively. In addition, reels 4 and 5 become fused and this new giant reel displays 3 giant-sized symbols that each correspond to 4 regular-sized symbols. And while it may not be obvious, the 1st reel and the giant fused reel show the same symbols, so all you need to do is land wild symbols on both reels 2 and 3 or of course the same symbols that you landed on the other reels!

All in all, what a fun game and a great Short & Sweet Big Win, Enjoy! 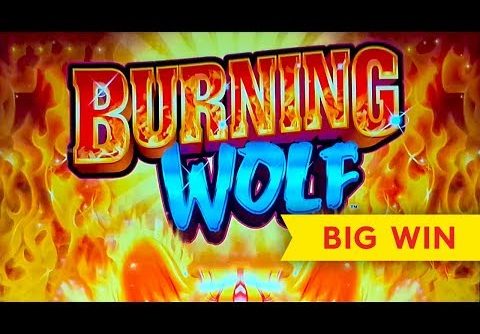