AWESOME GAME! The Emperor and Pharaoh slot machine by WMS is an update of Rome & Egypt!

Rome & Egypt is a classic game that’s getting harder and harder to find, and I had no idea it had this follow-up, Emperor and Pharaoh, which I believe improves on the original.

Finally, reels 1 and 2 contain special “Reveal” symbols which evaluate to the same premium symbol after your spin completes, which can be a fun way to trigger the bonus, as you will see!

Finally, random Minor and Major Jackpots may be awarded after any spin, and must be awarded by a certain amount. As you bet more, your chance of winning one increases, Enjoy!

Update: I forgot to mention that Lancelot is also a clone of Rome & Egypt! 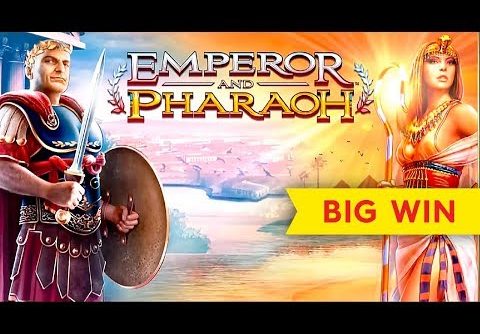