88 Fortunes is such a classic that players love and it’s a relatively pure slot machine with only one somewhat confusing feature how you have control over how many “Gold” symbols are in play, versus their standard form, where the Gold versions pay more. Of course the more gold symbols you select, the higher your bet.

The standard game is “Reel Ways” game where you win by landing the same symbol in at least 3 reels from left to right. When you land more than 1 one a reel, the additional symbol(s) act as multipliers on your overall win, so if you were to somehow “Fill the Screen” with the same symbol, your overall win would be the value of a 5-reel win for that symbol, multiplied by your bet multiplier, multiplied by a whopping 243 for almost certainly a Jackpot or at least a Big Win!

ECHO FORTUNES:
Echo Fortunes is a lines-based game where you win in the base game by landing winning paylines from left to right although that’s not the only way you can win as there are two additional features: The Fu Babies Bonus and the Free Games Bonus!

The Free Games bonus is triggered by landing 4 or more scattered bonus symbols where each will display a value up to 25x your bet multiplier! These values are added up and each coin that lands during the bonus will award a scatter value equal to that sum, so it pays to have a high-value initial trigger. Retriggers are possible, with the retriggered free games played after the current set is completed.

FU DADDY FORTUNES:
Fu Daddy Fortunes is a fairly simple game and actually plays like Lock It Link Nightlife without the Lock It Link bonus symbols.

For those not familiar,‎ the primary game is a lines-based game where you win by landing 2 or 3 of the same symbol, depending on the symbol, on a winning payline from left to right. Wild symbols can be found on all reels and help, of course!

The bonus is triggered by landing 3 bonus symbols on reels 2, 3 and 4 for 6 free games. During the bonus, all wins are multiplied by 3 plus an additional multiplier for each wild symbol that lands, for a maximum multiplier of 8 if you land a wild symbol on each reel. And this is exactly the same as the Free Games Bonus in Lock It Link Night Life!

The Fu Babies Bonus has now become an almost standard feature on many new slots where it’s triggered randomly after you’ve landed one or more Wild symbols after which you are presented with 12 Pick symbols. You keep picking until you match 3 for one of 4 progressives with the Grand progressives always in Jackpot Territory! The chance of winning a Jackpot increases with higher bets and where you pick doesn’t matter as it’s predetermined in this one. One final point to note: as the gold accumulates in the pot, this has no effect on the triggering of this bonus! Enjoy! 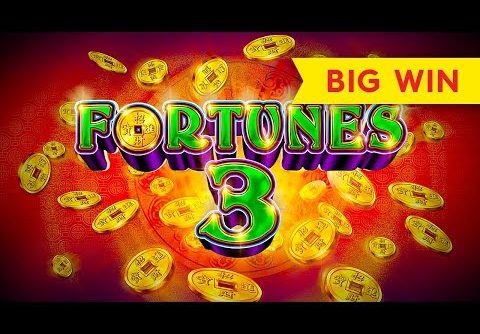