Lucky’s Wild Inferno is an awesome new game where you win by landing winning paylines and to help, stacked wilds may land on all reels. The real fun of course is with one of the special features of the game:

The Wheel Feature may be randomly initiated during any game with at least 3 wilds appearing after which the lowest wheel slices are removed for each heart that appears. Each remaining slice has the chance to be multiplied by x2!

The Wild Feature may be randomly initiated during any game with at least 3 wilds appearing after which at least one heart will be transformed into a “Cash on Reel” symbol with a credit prize between 100 and 1000 credits multiplied by your bet multiplier. For each line win that uses one of these special hearts, you will be awarded the Cash on Reel value plus the line win itself!

The Bonus Wilds Feature may be randomly initiated during any of the other features, after which between 1 and 12 hearts are added to the reel set!

The Free Games Feature is initiated by landing 3, 4 or 5 scattered bonus symbols for 8, 15 or 25 free games respectively. During this feature, an alternate set of reels is used, presumably giving you an advantage of sorts! 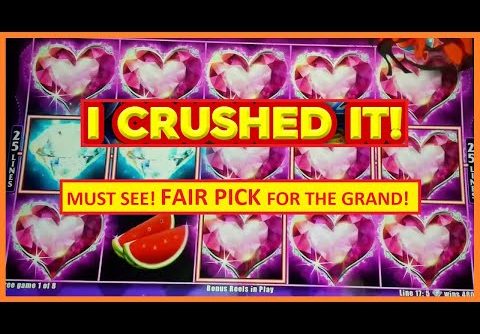