I ALMOST HAD IT ALL on the Robinson Crusoe slot machine by Ainsworth!

Even though I do peruse the instructions of each game I play before I play it, sometimes only after playing do you really understand what’s going on, and such was the case with Cash Odyssey Robinson Crusoe, a really fun game with Jackpot potential!

The base game is a lines-based game where you win by landing winning combinations on paylines – wilds are stacked to help. There are two special features in the game which is where the real fun begins: the Cash Odyssey Feature and the Free Games Feature.

Progressives or Bonus Prizes are awarded if you can land Cash Odyssey Jackpot symbols in reels 2 and 4: if you land them both in red-bordered reel positions you will be awarded the Grand or Major Progressive, depending on whether you also land the special Gold Globe symbol in reel 3 in addition! Mini or Minor Bonus Awards will be awarded if both or one of the Cash Odyssey Jackpot symbols lands in the blue-bordered reel positions. So yes, just where was that Gold Globe for the Grand Progressive?!

All in all, what a great game although once again, where was that Gold Globe on reel 3?! Enjoy! 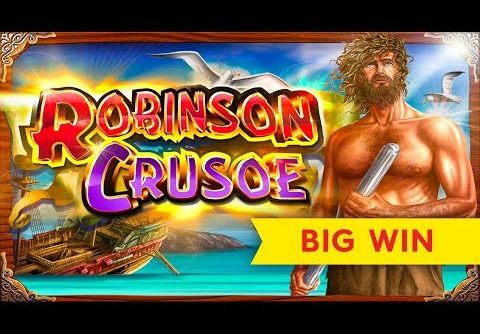