New exciting slot from Pragmatic – Santas wonderland. mrBigSpin did some bonus buys and got a BIG WIN on max x15 level on this slot!
🔔SUBSCRIBE to my channel for more BIG WINs and live Streams: https://www.youtube.com/channel/UC0cIcZXlAqbuL3K6MLUeuEQ?sub_confirmation=1

DISCLAIMER:
18+ The sole purpose of this channel and my videos is to share my gambling experience and provide entertainment. Gamble responsibly! Gambling is not a way to make money! Learn more about responsible gambling at begambleaware
No links in my videos or in connection to my channel are transaction links. 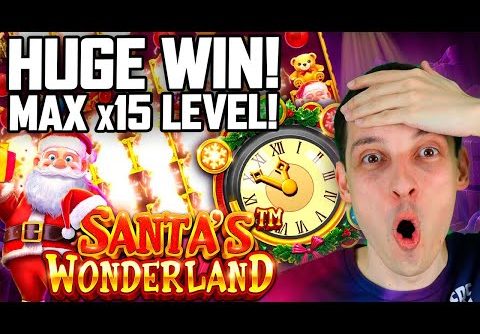