WE SEE IT ALL on the Siberian Storm 2 slot machine by IGT!

Siberian Storm 2 is a long-awaited follow-up to the classic Siberian Storm slot where you win by landing the same symbol on at least 3 adjacent reels from either left to right or right to left starting with the leftmost or rightmost reel respectively. To help, stacked wild symbols may land on reels 2, 3 and 4. There is a Free Games Bonus and a number of random special features of the game:

The Free Games Bonus is initiated by landing at least one bonus symbol on each reel for 8 free games and if you have more than one, you’ll be awarded 8 games for each winning combination. During the bonus, an alternate reel set is used presumably giving you an advantage versus standard paid games. The Respin Feature is initiated if you land bonus symbols on 4 out of 5 reels after which those 4 reels are held and you are awarded one additional spin for a chance to initiate the bonus.

The Random Wilds Feature may be awarded before any spin after which between 2 and 9 wild symbols are added to reels 2, 3 and 4 giving you a great shot at that Big Win.

The Tiger Color Change Feature may occur after the reels spin of any game after which all tigers of a particular color transform into the opposite color. 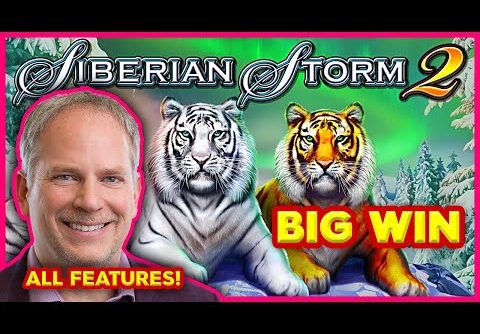