FULL SCREEN ACTION on the Order of the Dragon Victory slot machine by Ainsworth!

Order of the Dragon Victory is an interesting slot and introduces the feature of the Double Sweet Zone which are special areas and if the Dragon lands in the red positions, three reels are transformed into the wild Dracula symbol. If the Dragon lands in one of the blue positions, then only that reel is expanded wild. All of this is very similar to the original Sweet Zone game, Rumble Rumble, but now you have 4 reel spaces instead of 3 for this special feature.

The bonus is triggered by landing 3 or more bonus symbols for 8 free games with expanded reels. During the bonus, landing 2 or more bonus symbols awards you 5 additional spins, a great feature for sure! During the bonus, any Dragon symbol that land in one of red-bordered areas of the Sweet Zone will now transform into 3 wild reels, 2x wild reels, or 3x wild reels! The ultimate bonus of course would be a Full Screen with two 3x multipliers. Did I do that well? You’ll need to watch to find out, Enjoy!

Learn more about Order of the Dragon Victory at TheBigPayback.com:
https://thebigpayback.com/video/order-of-the-dragon-victory/ 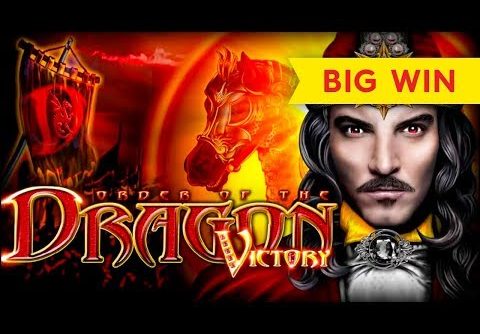