The Sphinx 3D slot machine has been my nemesis!

Subscribers have asked, “How do you choose which slots to play?” and my answer has been that I generally play what I want to play, although occasionally I feel the channel should have at least one video of certain popular games, so I play those too! Sphinx 3D falls into that category and after many unsuccessful sessions and even during those times where I was fortunate enough to hit the bonus, it still paid very little. On this particular night as I was winding down, having just won a Jackpot and multiple other Big Wins, I thought I’d give it another attempt. This is that attempt in my somewhat sleep-deprived state, as I battle the machine till the end, complete with (hopefully you’ll find humorous!) commentary. Note that this is a LONG video, and I while I generally hate long videos, this is the best I could do and it’s doubtful I will try this one again, so enjoy the epic battle of TheBigPayback vs. Sphinx 3D!

For those not familiar, Sphinx 3D is a BIG game that seems to be very popular, although after a lot of tortured play with it, I still question its longevity. The game has a 3D setting which you can adjust, chair vibration, and enhanced sound. Game play has many features such as the following:
1. The Coin Bonus is triggered when the Ramosis coin lands anywhere on reel 4. You start with three picks, and can choose up to 8 coins, where each coin may have an additional pick. If you choose wisely, you can gain up to 8 wilds which will then be spread out randomly on reels 1 to 5.

2. The Box Bonus is triggered when the Ramosis box lands anywhere on reel 4. Afterwards the box spills out 1 to 20 of the standard symbols, although not the wild symbol, randomly onto reels 1 to 5.

And then there is the primary bonus which is initiated by getting Pharaoh bonus images on reels 2, 3, and 4, which at least in my experience has been very difficult to do. Once initiated, you then choose between 5 different bonuses:
1. Stars Progressive Bonus
2. Ancient Wheel Bonus
3. Diamonds Chamber Bonus
4. Wild Scarab Bonus
5. Ramosis Free Games 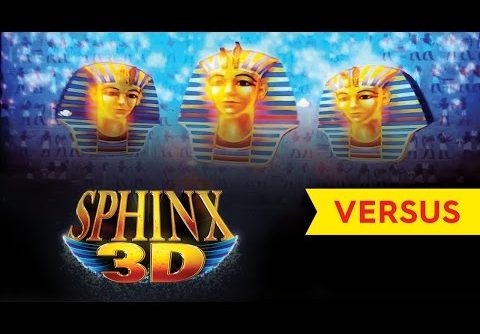