DOUBLE PROGRESSIVE on the Sound of Music slot machine by Ainsworth‎!

During regular paid games you win by landing winning combinations on paylines although you can also land the special Spin symbol on reel 5 to trigger the “Single Curved Reel Feature” where all “Do Re Mi” symbols that land in the curved reel transform all reel positions under them wild.

The Free Games Feature is triggered by landing 3 or more bonus symbols for 8 free games during which any spin symbol triggers the “Triple Curved Reel Feature” where the lower curve will transform reel positions wild and possibly trigger a spin of the middle curved reel to then transform reels wild but with multipliers of 2x, 3x, or even 5x along with the potential for a Jackpot Spin. If the Jackpot Spin lands, you will be awarded either a Jackpot or Double Jackpot depending on the symbol that lands in the upper curved reel. It’s more confusing then it sounds and you’ll understand it after watching it in action.

Finally, the Grand Mystery Progressive is triggered randomly after any paid game, Enjoy!

Learn more about The Sound of Music at TheBigPayback.com:
https://thebigpayback.com/video/the-sound-of-music/ 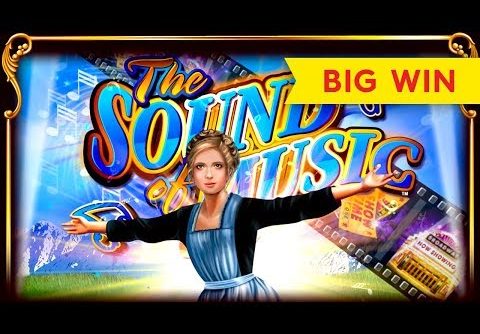 12 thoughts on “The Sound of Music Slot – BIG WIN BONUS – Relative To Bet!”