The Vivaldi’s Seasons slot machine by IGT is a Golden Goddess Clone!

In Vivaldi’s Seasons the goal like many other slots is to get the bonus which is triggered by filling reels 2, 3, and 4 completely with bonus symbols, which awards you 7 free games without the chance for a retrigger. During the bonus, you first select the symbol which will become “Super Stacked” and you of course want one of the top-two symbols as they both pay the most and also pay when landing on only the first 2 reels. I actually enjoyed this clone, but of course I’ve always been a fan of Golden Goddess, Enjoy! 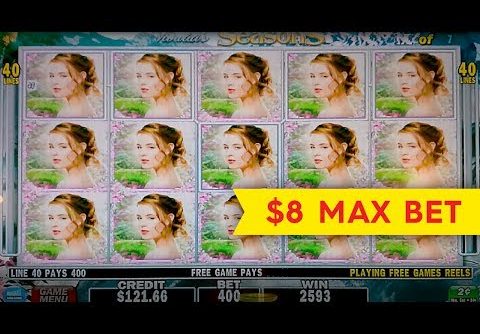