Following up on the sledgehammer San Quentin xWays was always going to be a Herculean task. Released in January 2021, San Quentin xWays was a monster of a game which set the tone for the type of year Nolimit City was shooting for. At the time, it was one of the biggest non-jackpot slots on the market with its 150,000x potential, though eventually, it was outdone by Tombstone RIP (300,000x). It’s brave of Nolimit City to even attempt a tenuous follow-up, and it must’ve been tempting to freak everyone out all over again by producing something even bigger. However, Nolimit has gone off on a different tangent. Folsom Prison remains a game full of reel trickery, symbol slicing, massive winning potential, and a heavy as shizz vibe. It just has different aims than its meaner, beefier, bigger bench pressing in the prison yard predecessor. One is delivering massive max wins at a relatively higher than you might expect frequency in between stretches of potentially tough, dry patches. 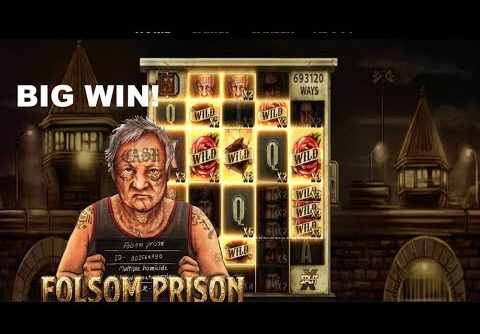