Grand Star Wealth is a really interesting game where you win by landing winning paylines and to help, special Star symbols may land on all reels except reel 1: these symbols are wild and also are needed to initiate the Star Feature.

The Star Feature is initiated by landing special Pots of Gold symbols on at least reel 1 and on reel 2 or if not, a Star symbol then needs to land on reel 2. Star symbols then need to land on reels 3, 4 and 5. Pots of Gold have Credit Prizes up to 500x your total bet or Progressives associated with them and you then touch each star symbol to reveal a Credit Prize up to 100x or the Major, Mini, or Minor Bonus! Special Star symbols may also land and will evaluate to the Mini, Major, or Minor Bonus or the Mega, Super or Grand Jackpots! The Super, Mega and Grand Jackpots may also be won randomly after any spin!

The Star Free Games Feature awards 5 spins with the potential for retriggers and reel 5 held with all stars. If a full stack of stars lands on reel 2 or 3, then those will also be held for the remainder of your bonus!

The Moon Free Game Feature awards 8 spins where special stacked moon symbols may land on reels 2, 3 and 4 and will always evaluate to the same symbol and can be any symbol, excluding the Free Games Scatter symbol and the Special Star symbol.

Both Features have an identical return to player although both have really interesting lures to them! 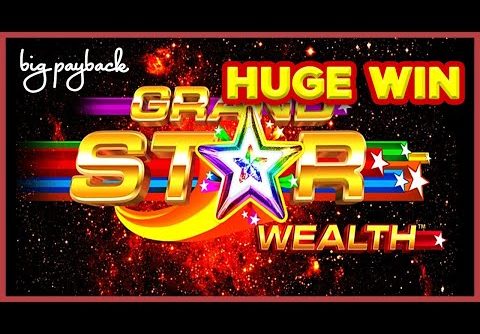