BACK TO BACK FEATURES on the Regal Riches slot machine by IGT!

Regal Riches is an interesting game where you win by landing winning paylines although the real fun is with one of the special features of the game:

The Guaranteed Wilds Feature may be randomly initiated on any spin that does not award the Free Games Feature or increase the wilds of the Free Games Feature. Wilds for this feature accumulate randomly during base games up to a max of 50, which could really get interesting of course. Once initiated, all of the accumulated wilds are randomly placed on the reel set and if placed on a position that already contains a wild, the multiplier will increase for that position up to 5x. If a line win contains multiple wilds, the line win is multiplied by the sum of the wilds on the particular line.

The Free Games Feature is initiated by landing two free games symbols on reels 2 through 4 and the special free games symbol on reel 5 which indicates whether you are awarded the Minor, Major or Mega Free Games, each of which as its own count of wilds. 10 free games are awarded and during each spin, a certain number of wilds are randomly placed on the reel set and deducted from the count. Finally, each bonus has “Must Award” values, which trigger the bonus automatically if a certain wild count is reached, so this game can be great to vulture!

The trend toward “collection” games increases giving players an incentive to keep playing! Another example of this is Star Goddess, where I had an awesome 4 Symbol trigger for a Huge Win Bonus, a great one to check out: https://www.youtube.com/watch?v=PgLrFYtgj5s 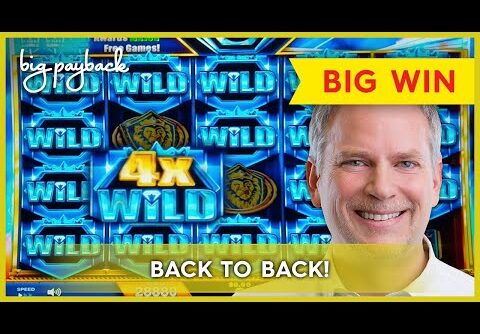