A MAX BET BIG WIN Re-Spin Feature in my First Attempt in the NEW Really Wicked Winnings slot machine by Aristocrat. I was looking forward to playing this slot and got a surprise early win. This latest version of Wicked Winnings has a lot of new features. The base game is played in a 5×3 reelset. Randomly, individual reels may expand up by 2 or 4 symbols. When a premium symbol lands on 3 or 4 reels, you may get a re-spin, where those symbols are held in place and the other reels spin. When at least 4 reels have the symbol locked, the possible prize is shown at the top. Bonus symbols are only on reels 3, 4 and 5. At least 4 scattered bonus symbols trigger 8 free games. If the reels expand and the bonus is triggered, the reels remain expanded for the duration of the free spins. If they expand further, they remain as such. It’s possible to re-trigger during the free games. In addition, there is now a Minor and Major jackpot with Pay-By limits. There’s also new details such as telegraph animations when something good is about to happen, the Wicked Lady now has a voice and there is new bonus music. I was able to get a big Raven line hit, but I didn’t trigger a bonus. Still, I enjoyed it and will play again to get that bonus. Taken at San Manuel casino in Highland, CA.

Check out some of my best wins here:
MASSIVE Jackpot Handpay in Konami’s Diamond Trails slot: 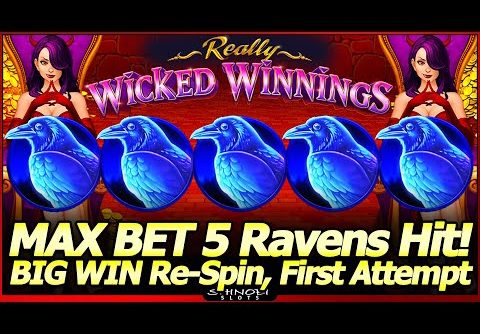