Make That Cash Jixing Gaozhao is a hybrid slot machine where the primary game is played on a mechanical reel set while the feature is played on the top screen as a video feature similar to Lightning Link. You win in the base game by landing winning paylines although the real fun is with the special features:

The “Free Games Feature” is triggered by landing bonus symbols on reels 1, 2 and 3 for 3 free games with the middle reel locked wild and also containing 4 bonus coins so you only need to land two more on any bonus spin to trigger the feature!

The “Make That Cash Bonus Feature” is triggered by landing at least 6 bonus coin sub-symbols after which a corresponding number of positions are revealed on the video screen for Credit Awards or Progressives. You start with 5 spins although and Credit Award symbols that land may additionally award 1 Extra Spin. All awards that land are locked for the remainder or the game which ends when your spins run out or you Fill the Screen for the Grand Progressive, wouldn’t that be nice!

I have to say I appreciated Make That Cash and will try this one again: the hybrid mechanical reel action combined with a classic, but different take on the Hold & Spin Bonus was interesting. Another new classic I played recently was Dollar Storm Caribbean Gold where I scored an awesome Jackpot at the $50 bet level, check it out: https://www.youtube.com/watch?v=YrMzcpGO-30 Or if you’re in the mood for more mechanical reel action check out my awesome Double Top Dollar video which includes a $100/Spin Bonus: https://www.youtube.com/watch?v=nh_-wNusKTo 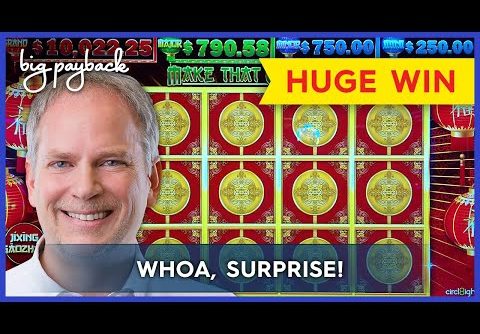