Who Wants to Be a Millionaire (Big Time Gaming) Introduction

There is no doubt that new slots by Big Time Gaming generates buzz and a sense of excitement like no other provider. We hoard to see the freakish volatility, some of us in fascination, others appaled and horrified, almost like a crowd gathering to witness an execution. The Australian based company has perfected the art of volatility, and they’ve been doing things no other provider has dared to try. To help you better understand – the Big Time Gaming CEO is the Steve Jobs of the iGaming industry, and the slots are the iPhones.

Two things, in particular, stand out with this new slot – the fact that it’s Big Time Gaming’s first branded game, and the extremely volatile nature of the free spins feature. Let’s talk about the branding first before we jump into the fire. Unless you’ve been living a recluse and austere life somewhere in the Himalayas you’ve more than likely heard of the British game show franchise Who Wants to Be a Millionaire. It’s owned by Sony now and turned into an international phenomenon.

The concept is quite simple. One contestant at a time is put on the spot, faced against a host armed with a series of questions. For every correct answer, the contestant collects a cash prize and moves up the ladder toward increasingly difficult questions and higher cash prizes. To help the contestant along the way, a set of lifelines is available to them which includes calling a friend to ask for help. The prize ladder comes with an array of safety nets. If a player gets a question wrong but has reached a ‘locked’ value, the player will be guaranteed to walk away with the lifeline cash prize. A player can also choose to walk away with the money at any point in the game rather than taking the risk of falling further down the prize ladder should the answer be wrong.

Oh, and there’s one more thing we need to mention before we move on. Ever heard of the Charles Ingram incident? A former British Army major, Charles became known for cheating on the show in 2001, after he won the grand prize of 1 million pounds. His sidekick Tecwen Whittock coughed to signal the correct alternative, causing Charles to flip erratically between answers. Unfortunately, this trick does not work on the online slot version of the … 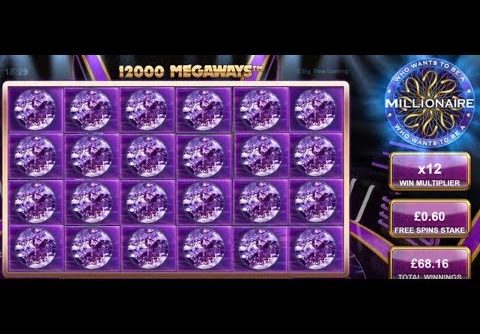 4 thoughts on “Who Wants to Be a Millionaire Slot – MEGAWIN!”