Hi, guys welcome to our channel.
Today we are going to acquaint you with a gambling celebrity who has earned his way into becoming one of the most popular casino vloggers all over the internet.
He has been called out for being phony most of the time so we dug in a little to learn what it is about! And I can bet you a hundred dollars he isn’t!
If you’re an avid NG binger like we are then you do not want to miss this!
But, before we start if you’re new to the channel please consider subscribing as we introduce you to incredible people all over the internet! and hit that bell to get informed every time we upload it.

So, without any further ado let’s begin with today’s episode.
Famously known as NG Slots, Narek Gharibyan is the man behind the famous YouTube channel NG-Slots. He loves traveling and when he does he makes sure that he tours the casinos there and presses a couple of buttons at the slot machine trying his hand at luck. His videos feature him playing at several casinos and attempting various slot machines which he later uploads on Youtube and he also hosts a lot of live sessions speaking to his fans and viewers.
He joined YouTube about half a decade ago and he has gathered a huge fan following of 365 thousand subscribers with more than 3500 videos uploaded to date.

Gambling is something he does for entertainment and in no way does he condone it. Apart from that, here are some things that you might not know about Narek Gharibyan.
But, to spend that much money he has to be able to make it too! Firstly, He makes money from his Patreon account where he isn’t as active but the website shows that his highest tier is fifteen hundred dollars and he has more than ten patrons at the moment.
He opened his YouTube channel just two years after he became a resident of the U.S He is originally from Armenia and settled in Los Angeles, California. He can make about fifteen grand from YouTube’s ad sponsorships alone and he also has a teesprings page.
He makes money from YouTube, Twitch donations, affiliate deals, and the jackpots of course.
Apart from that he also runs numerous enterprises in the US and Russia. It is a company that sells apparel and Jewelry Business with Branches in the United States and Russia. He also earns on affiliate marketing through his account on an e-commerce website “TeeSpring” which sells T-shirts, hoodies, sports bags, phone cases, etc. He also receives two thousand to twenty-five thousand dollars from advertisements including live stream donations. It is said that his net worth is one point two million dollars when combining all of his assets.
There is no doubt that he is a millionaire and he runs a good business as he has a good upload frequency.

But how much has he won?

Back on May 29, 2019, NG Slot sat in one of his favorite casinos and played at the Buffalo Gold Wonder 4 TALL FORTUNES Slot Machine. After he played for a while, he pressed the spin button and was so lucky that he set a YouTube record for the biggest hand pay jackpot in YouTube history. While the record has been surpassed since then, the $15,757.00 jackpot is nothing to scoff at. ( https://youtu.be/buGlCaGgNcY)

In a video that was uploaded back on 22nd January last year. Narek was playing the Triple Double Gold 3 slot machine with a $75 Max Bet when he got lucky and won a huge jackpot. He won a massive thirteen thousand five hundred jackpot. (https://youtu.be/iA7lif0UQBo)

The Dragon Cash slot is one of the most popular game machines out there. And for a very good reason. When it pays, it PAYS. At the very end of last year, NG Slot set a YouTube record for the biggest win on Dragon Cash with an impressive USD 20,100.00 win.
(https://youtu.be/b4aDWwFQnr4)

Some players believe that a machine can like or dislike a player. If that is the case, then Dragon Cash likes Narek. Just two months after his $20,100.00 win, NG Slot won an even more impressive jackpot. This time, it was equal to $21,280.00. (https://youtu.be/bzcrob_boNo)

Narek’s biggest recorded win was $44,668.00. The win occurred on a Black Diamond Slot Machine, and the video was uploaded to the channel on May 5, 2020. The jackpot was so large it broke multiple YouTube hand-pay slot records.
(https://youtu.be/wpjOK3CJb28)

Did we miss anything? Let us know in the comment section below and we will add it in the next segment.

So that’s going to do it, guys!
Thank you so much for watching.
Make sure to subscribe to us and hit that bell for more updates.
Take care stay safe and we will see you in the next one. 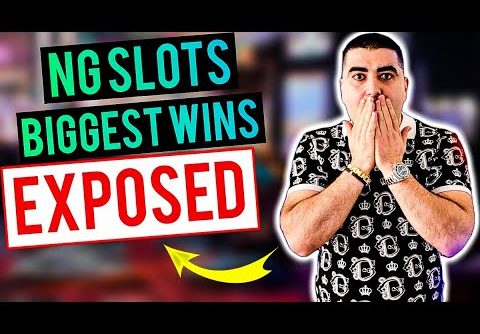