Management at the Grand Casino in Biloxi, MS, which is owned by Ceasar’s Entertainment & part of the Harrah’s Casino group flew off the rockers earlier this morning as I was gambling alone on the slot machines when I hit a bonus round. Excited about the prospect of a small win, I began to record MY own bonus game as the slot machine took control to spin on its own. Immediately after the 3 minute video was done recording, Grand management & security approached to inquire of what I was doing. When I explained that the video was for FB & YouTube to show off to my friends, and even showed the video clip to them, management became hostile & condescending; going as far as to suggest that there was illegal activity going on. I strongly urged them to back down because the only illegal activity going on was being perpetrated by the staff of The Grand for harassment of a Harrah’s Total Rewards player. No apologies were issued from the staff; however, I firmly told them that their actions & similar actions by other casino staff from Harrah’s New Orleans is precisely why no one wants to gamble at any of Harrah’s group or affiliates. You do not treat a patron of your establishment with such disrespect & allegations.
So to Ceasar’s, Harrah’s, & The Grand Biloxi, all of you can kiss my white smooth piece of ass & blow me!!! 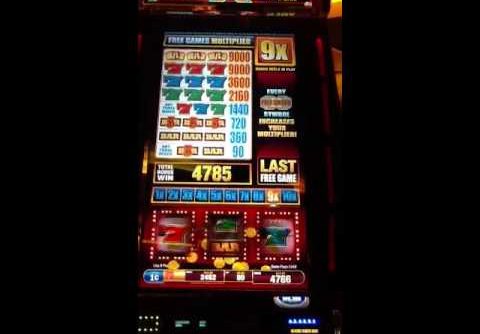