The world’s favorite raiders are back with a vengeance in Vikings Video Slot. You’ve seen these guys before. The HBO TV series has been a worldwide hit with viewers since it premiered in 2013. The Vikings are bad to the bone and tough as old boots. What’s not to love?

Our take on the world of these rampaging raiders is a 5-reel, 3-row, 243 betways video slot featuring Hotspot Feature, Shield Wall Feature, Raid Spins symbol and Raid Spins mode including 3 Hotspots. In Raid Spins the excitement gets ramped up even more with the game changing to a 7-reel, 5-row, 78 125 betways reel area.

Vikings Video Slot features star characters from the show, including Ragnar Lothbrok (Travis Fimmel) and Lagertha (Katheryn Winnick), along with immersive footage and imagery inspired by the historical drama.

So shields up, form a line, and give it a spin. It’s time to raid the reels. Games don’t come fiercer than this.

🔞Gambling can cause addiction. 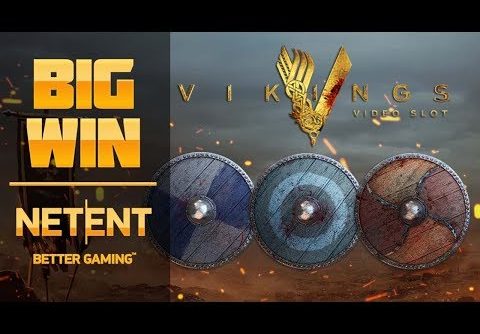