Fu Dai Lian Lian Boost Tiger is an upgrade to the original Dragon and Panda versions and adds an awesome “Boost” component which takes things to a new level! You win by landing winning paylines although the real fun is with one of features of the game, of which there are 3, and like in the original they can all be combined together creating unique bonuses as they do. The novelty with this new version is that there are now enhanced versions of each bonus providing the chance for even more awesome combinations for that Big Win or Jackpot!

There are 3 special wild symbols that can land and each is a different color and corresponds to a particular feature:
Green: Prosperity Feature
Red: Jackpot Feature
Purple: Longevity Feature

When each lands, you have a random chance to initiate any of the corresponding features. The animations associated with any of the symbols landing is for show only and does not imply you have a better chance to trigger any particular feature. What’s interesting is that if multiple land, you have a shot to initiate combined features with the ultimate being the “Mega Feature” which combines all three. To add some spice, randomly each feature may go into “Boost Mode” where each feature has an enhanced quality to it.

The Prosperity Feature awards 5 free games with 100 lines of play where all reels grow to a height of 6 symbol positions with extra wilds added to the reels. Boost State: A Wild Reel Feature may be awarded on any spin where reels 2, 3, 4 or 5 transform wild.

The Jackpot Feature awards 10 free games where the Green, Red and Purple bonus symbols are replaced by special gold coins and when they land, they transform into either a letter or a credit prize. After transformation into a letter, they are collected to spell either Grand, Major, Minor or Mini and upon completion of any you are awarded the corresponding Progressive! Boost State: Each coin may become a double coin awarding two prizes instead of one!

As mentioned above, combinations of features can be triggered such as the “Prosperity Longevity Super Feature” which combines attributes of both.

The ultimate is the “Mega Feature” where you are awarded a bonus that combines ALL features at the same time and just think if this is done with all Boosted States! 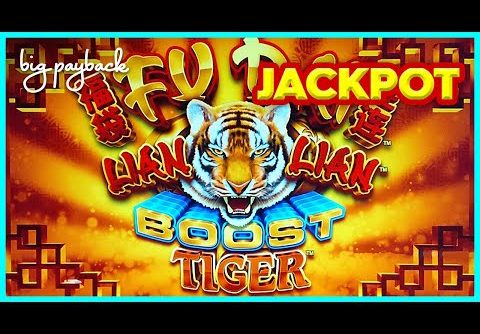