And it’s in an attempt to improve the original game: this slot video shows many of the features of the game including some $15 high limit live play bonuses, some progressives, and the free spins bonus game.

When triggering the bonus, you can also choose the classic “Buoy” bonus instead, which is a “Pick” bonus as I recall. The bonus game is awarded by landing three bonus symbols on the first three reels on a payline. Like other slots, if you land the bonus on multiple paylines, your bonus is a multiplied appropriately.

The base game itself is pretty standard with stacked wilds and premium symbols, some of which have multipliers on them. As you’ve probably guessed, it’s quite a volatile game! For an additional bet, you can also qualify for progressives, which are awarded by landing three, four or five symbols that contain “Progressive” in them in sequence, starting from reels one, two, or three to award one of three progressives as appropriate. This slot video gives you a feel for the game, although it may just be a little too volatile for my blood, Enjoy! 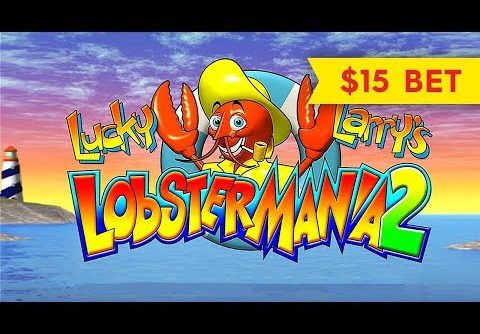