My first attempt playing the NEW Resident Evil Vendetta slot Sega/Sammy. This is based off a movie which is set in the same universe as the video game. It has familiar characters from the video game such as Chris Redfield, Rebecca and Leon. This game has alot of features that occur frequently. Winning with Chris changes the background and odds of other features occurring. Monsters and weapons add wilds, and zombies that walk across the screen will get shot and add wilds as well. 3 scattered bonus symbols trigger free games where there’s even more going on! The rules were really complicated, so I won’t explain it all here, but there’s a clip of it in the vid. Taken at Yaamava Casino/hotel in Highland, CA.

Jackpot Handpay in Invaders Attack from the Planet Moolah: 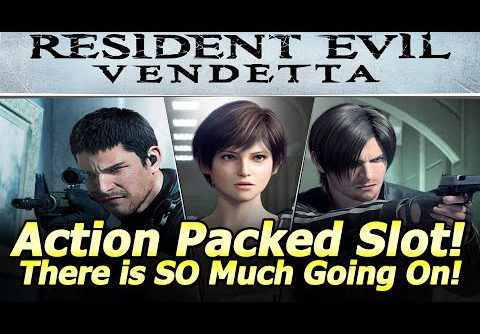