FIRST ON YOUTUBE! Wheel Bonuses AS THEY HAPPEN on the More More Hearts slot machine by Aristocrat!

I LOVE More More Hearts! It’s an awesome follow-up to the classic More Hearts slot as it not only remains faithful to what made the original such a classic, but actually improves upon it!

In the original version, the basic idea was to trigger the bonus for 15 free games where you start with 2 sets of reels and as you collect Heart symbols at particular intervals, additional reel sets were added with certain end reels held wild. If you collected enough, you could have as many as 4 reel sets active with reels 3 thru 5 held wild. And while it’s a great game, there were two main items that frustrated players:

2. Retriggers were not possible.

More More Hearts improves upon these deficiencies with the following changes:

1. Landing 7 or more Heart symbols during a paid game now triggers a new Wheel Feature where a “Hearts Prize” is awarded for each Heart symbol you land or the More More Hearts Feature will be awarded, as you will both see!

2. During the bonus, retriggers are now possible where you are awarded one additional free game if you land 3 bonus symbols.

Those are two great improvements, although that’s not all: As you collect Heart symbols during the bonus, you now have even greater potential:

1. As you increase your bet, the Top Symbol becomes more valuable when you land 3, 4 or 5 of them on a payline.

2. As in the original, the More More Hearts Feature may be randomly awarded at the conclusion of any bought game.

3. Special bonus symbols that appear on reel 5 actually count as 2 bonus symbols in total, which means you only need one other bonus symbol on reels 1 thru 4 to trigger the bonus.

Just like with the original, there is a clone of More More Hearts called More More Chilli.

Congratulations to the design team on both, well done, and now I’ve almost … 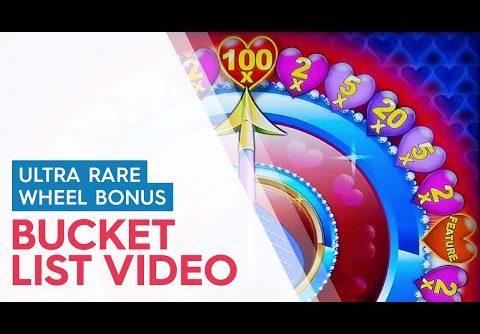